Allergen Delivery Inhibitors: Characterisation of Potent and Selective Inhibitors of Der p 1 and Their Attenuation of Airway Responses to House Dust Mite Allergens

The Discovery of Potent, Selective and Reversible Inhibitors of the House Dust Mite Peptidase Allergen Der p 1: An Innovative Approach to the Treatment of Allergic Asthma

Dysregulation of protease activity can lead to pathologies such as cardiovascular and inflammatory diseases, cancer, osteoporosis and neurological disorders.

According to bioinformatic analysis of the genome, proteases account for approximately 2% of the genes in humans and, unsurprisingly, they represent an important class of therapeutic targets, with many examples of protease inhibitors having already been approved as medicines (e.g. Saquinavir, the first protease inhibitor to be approved by the FDA and the prodrug Fosamprenavir).1,2

Domainex scientists have successfully worked on several protease inhibitor projects. One example is a project undertaken with Prof Clive Robinson of St George's University of London, funded by the Wellcome Trust. Medicinal chemists at Domainex collaborated with scientists at St George's University and the University of Manchester to develop inhibitors of the dust mite cysteine protease, Der p 1. The team successfully designed a series of potent, novel, reversible inhibitors which culminated in the nomination of a candidate drug. Click here to see the full case study.

Domainex is also working with LUNAC Therapeutics, a University of Leeds spin-out biotech company, to develop inhibitors of the protease target, activated Factor XII. This project aims to develop a new oral anticoagulant treatment with minimal bleeding risk, which is a major side effect of existing and emerging anticoagulant drugs. There is strong evidence that inhibition of activated Factor XII will not increase the risk of bleeding. Domainex is providing integrated drug research services, including medicinal chemistry, biochemistry and ADME support. The LUNAC team has been particularly keen to access the Domainex expertise in both cardiovascular and protease research.

In addition, Domainex has recently formed a collaboration with Heptares Therapeutics to identify inhibitors of the SARS-Cov-2 main protease (Mpro). As part of this programme, Domainex has established a biochemical assay for Mpro and subsequently screened compounds provided by Heptares (example data is shown in Figures 1 and 2). 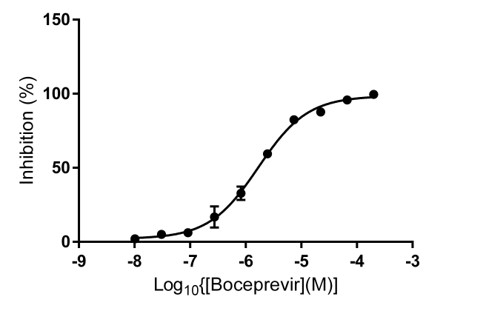 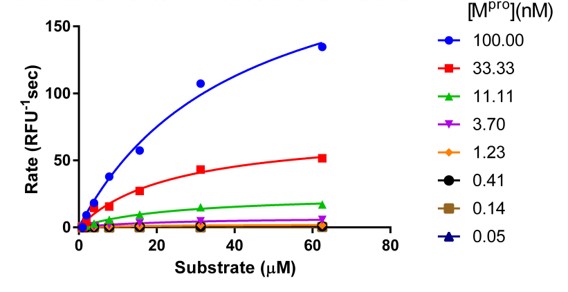 If you would like to access the Domainex expertise in protease research to support your own programme we would be delighted to hear from you. 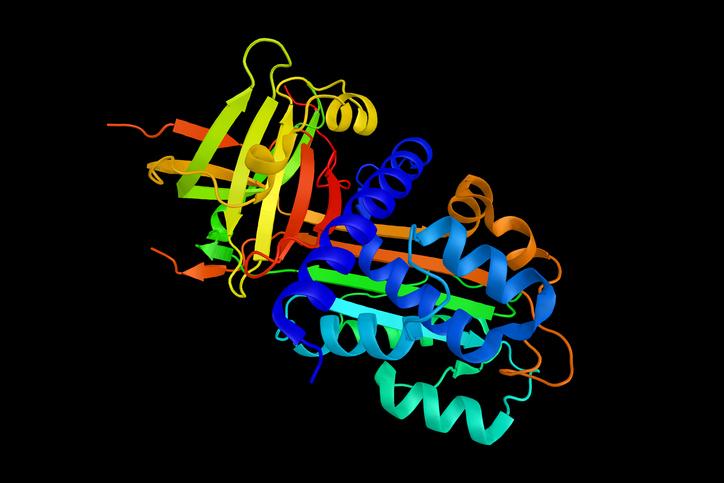 Der p 1: Protease Inhibitors for the treatment of asthma

Domainex collaborated with St George’s University London & the University of Manchester on a programme of drug discovery which led to the successfully nomination of a candidate drug. View more