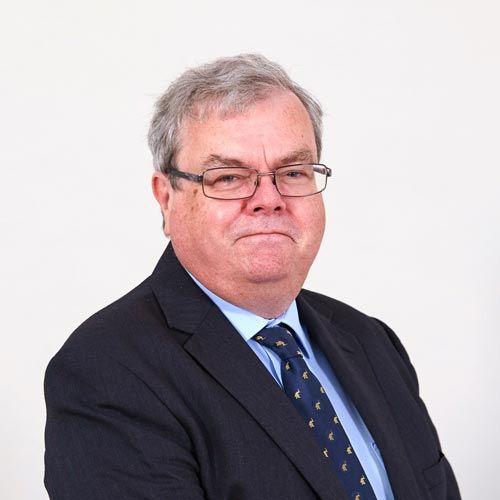 Domainex Ltd, a leading integrated medicines research services partner, is pleased to announce that Dr Eddy Littler has been appointed Executive Chairman with immediate effect.  His appointment expands and strengthens the existing Executive Management Team; Dr Littler will have a pivotal role in leading the organisation through a continuing period of growth and follows the announcement of Domainex’s new additional facility at Unity Campus in Sawston.

Dr Littler has previously held the roles of CEO (from 2008 to 2016) and Non-Executive Chairman of Domainex (since June 2020). These previous roles at Domainex give Dr Littler a unique insight into Domainex and a thorough understanding of the business. After his time as CEO of Domainex, Eddy joined ReViral in 2016, initially as CEO, leading a series B fund raise of $55m in June 2018. In 2019, he became the COO of ReViral and was pivotal in the acquisition of ReViral by Pfizer earlier this year.

Dr Littler has had a distinguished career spanning over 40 years in both academia and industry and brings a wealth of commercial success and drug discovery experience to the role. He has held senior positions in both the Wellcome Research Laboratories and GlaxoWellcome. In 2000, Eddy left GlaxoWellcome to join his first biotech company becoming Senior Director at Medivir AB where he led the UK site and also Lead Discovery in both Sweden and the UK. At Medivir, he was involved in several out-licensing deals with a total value of over $360m. He led the team that developed Olysio which was licensed to Janssen for the treatment of hepatitis C virus which had peak sales of over $10B.

“I am excited to reforge my relationship with Domainex,” commented Dr Littler. “Since my previous time with the company, it has gone from strength to strength expanding its technologies in areas such as biophysics and ADME, adding new service such as HTS and cryo-EM and doubling the number of scientists. I am looking forward to working with the Board of Directors and the Executive Team to accomplish the company’s ambitious strategic plan with further growth and development.”

“We are delighted to announce Eddy’s new appointment as our Executive Chairman,” commented Dr Tom Mander, CEO of Domainex. “His previous roles at Domainex, scientific background and commercial success will be a great addition to the executive team. I look forward to working with him as the company continues to grow and expand its service offerings.”

About Domainex Ltd.
Domainex is a leading, multi-award-winning, integrated medicines research service partner working with ambitious life science organizations from around the globe. The Company has been setting new standards in research since 2001, working collaboratively with pharmaceutical and biotechnology companies, patient foundations and leading academic institutions globally.

Domainex provides innovative and customized biology and chemistry services to advance the disease research projects of its partners, from target expression to pre-clinical development candidate nomination. Working with Domainex maximizes the chance of successful progression for its partners’ research. Domainex’s innovative science and extensive technical capabilities enable it to produce novel candidate medicines to treat debilitating diseases. The team works closely and collaboratively with its partners to understand their aspirations, bringing ideas, know-how and a wealth of experience to bear on their projects.

Domainex’s highly qualified and experienced team of dedicated research scientists has an unrivalled breadth of knowledge, access to a wide range of technologies and a proven track record of successful innovation in solving research challenges, including being named on over 60 patent applications of numerous candidate drugs. The Company aims to deliver successful outcomes efficiently and quickly, setting the highest possible benchmark in medicines research.

Full information about Domainex and its award-winning services can be found at www.domainex.co.uk.